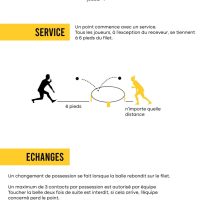 The rules of Spikeball: Everything you need to know to play well at Roundnet

This American sport invented in 1989 under the name of roundnet and now popular as Spikeball is experiencing a real rise on an international scale. After a dazzling success in the United States, it is now Europe that it seduces country after country. Let’s take a closer look at the rules of this growing sport.

Flow of a Spikeball game 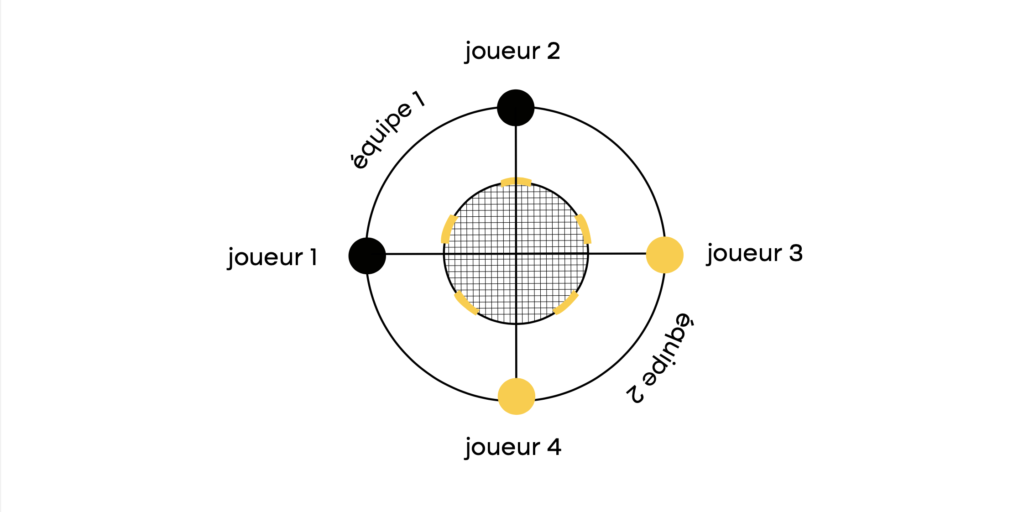 Designate the team to start

In order to determine which team will win the point by serving first, a game of Spikeball begins with another fun game: rock-paper-scissors! The team that wins the game is free to start the game as the server or the receiver. The other team gets the remaining role.

Serving Spikeball by the book

To begin, the players stand on either side of the net and remain stationary. All players stand at a distance of 6 feet from the net, including the server, except the receiver. The receiver is free to position himself at any distance to try to catch the ball that is about to be served to him. A service line can be drawn to ensure that the correct distance is maintained. If the player serving in Spikeball does not respect this distance and gets closer, this constitutes a fault and the serve is not valid. Once the player is in the right position, he/she serves with the hand and sends the ball on the trampoline, placed in the center, towards the opponent player designated as the receiver. The server is free to give any intensity to the serve, but the receiver must still be able to recover the ball without having to jump. If not, the receiver can signal a fault. The ball must first bounce off the net before reaching the opponent for the serve to be complete and correct. At this point, the serve is complete and validated, and the players are free to move. They can then move around the net as they wish. The players performing the successive serves of the game must alternate according to an order of service previously determined between the players.

The player who has received the ball in the opponent’s camp must in turn send it back to the center, on the trampoline net, and to do this, he and his teammate have three touches. His team has therefore three touches with the ball to send it back to the net. If after three touches the ball has not reached the net to bounce, the point is awarded to the opposing team. The goal is to keep sending the ball back to the net, with a maximum of three touches each time, one team after the other. The same player cannot touch the ball twice in a row, nor can he use both hands. Any part of the body can be used to return the ball. The exchange continues as long as both teams manage to send the ball back to each other within the rules. It stops when the ball has not reached the net within the allowed number of touches, when it has bounced more than once on the net or if it has touched the frame before the net. The point is awarded to the last team to return the ball to the center in accordance with the above rules. If the two teams cannot agree on a point, it can be replayed. A rally can also be terminated if a foul is committed.

Fouls not to make

There are also certain fouls to avoid if you don’t want to lose the point that could be awarded to your team at the end of a rally.

Be careful, because a succession of two fouls automatically results in the point being awarded to the opposing team.

To win a game

As a general rule, a game is won in 11, 15 or 21 points. The number is defined at the beginning of the game. In a tournament, for example, the number of points required to win the game is set by the competition organizer. However, in order to win, it is not enough to obtain the required number of points but also to beat the opponent by a minimum of two points. It is this difference in points that will make your team win. A game can be won in several rounds and players are allowed a short break between rounds. 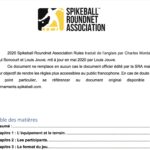 The roundnet rules in video: